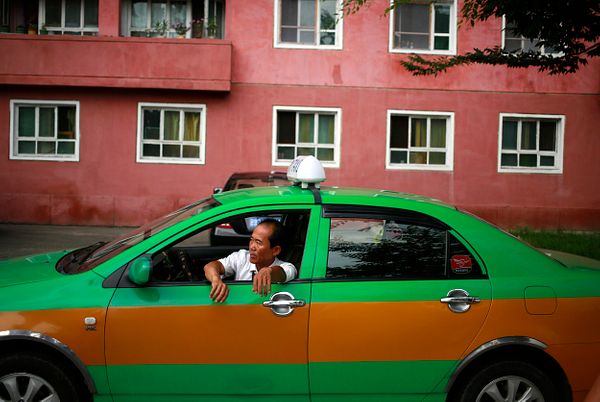 North Korea’s once thriving taxi industry has seen its profitable plummet of late.

Employment as a taxi driver was once a highly sought-after position by many North Koreans due to its high earning potential and regular income throughout an  increasing demand in bigger cities including the capital Pyongyang.

The feeling towards the taxi businesses has begun to fall over time from the public. Increasing competition together with an effort from the government to further promote public transport has been some of the reasons behind this.

There is an ever growing number of taxi drivers in Pyongyang who are seeing financial struggles arise that is now affecting their ability to pay authorities for their ‘tax’ the Daily NK has reported.

A tax on taxi drivers is currently in place that sees them pay a part of their profits in order to operate legally and maintain their licence.

A taxi driver recently was reported to have taken the extreme measure of suicide after becoming unable to meet the high demand of covering these taxes.

Previously a driver could earn profits up to $100 even after a tax averaging between $80-$130, however in recent times this is no longer the case.

The struggles being felt may not be a coincidence but more due to the strict control by central government and the ever increasing push Pyongyang has given for the public to opt for public transport.

One state run newspaper Rodong Sinmun was quoted as calling the taxi businesses as a “vestige of some wealthy classes’’ which has not helped matters. Furthermore it was quoted that after a visit to a bus factory, Kim Jong Un was also expressing concern for the increasing amount of taxis seen throughout the capital. He welcomed the new development of buses making their way through to strengthen the public transport systems.

A team has been created specially to tackle these issues by the authorities. One recent move introduced in March was for the North korean government to order all registered taxis to be repainted a specific colour due to the amount of unregistered taxis increasing. Taxis unregistered will carry passengers without the correct permits around the border areas with China.

There has been speculation that one of the taxi operators is owned by Ri Sol Ju, the wife of Kim and that an ulterior motive may be at play with this crackdown, to help corner the market and element other taxi businesses. If this was to happen it would mean economic growth could no longer be established by the growth in taxi businesses that usually occurs.

Current figures seem to suggest there are in the region of 6,000 taxis operating in the capital of Pyongyang, most of which are state commissioned but there are still some privately licensed.