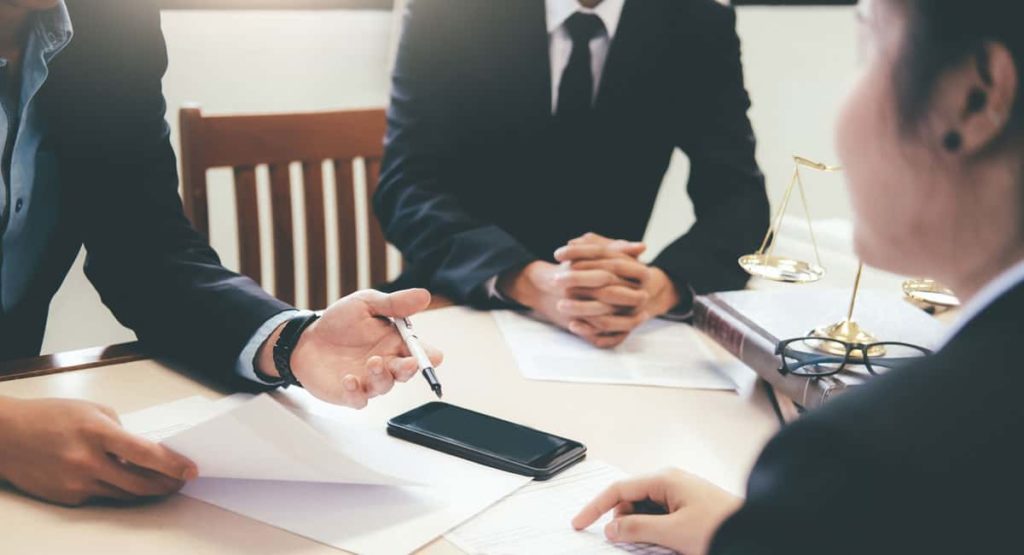 The legal system here in the United States has all sorts of complicated facets about it. There’s a lot of things to learn to be sure that you fully understand the ebb and flow of this system. One thing in particular that many people seem to have a lack of knowledge on is arrest records. Recordkeeping, in general, is an incredibly complex facet of our government, and there are more types of records than you can shake a stick at, and criminal records happen to be one of the most common, so it’s important to take a look at it.

The American Government and its Recordkeeping

Taking and keeping records of the events that transpire in any government isn’t anything new. This practice actually dates back to ancient Egypt, and most governments since have taken this to its logical conclusion by meticulously keeping records of any and all events that happen. Pretty much anywhere you go in the world, the government is taking painstaking steps to make sure that as much information as possible is preserved so it can be reviewed by someone at a later time if needed. This practice is actually a big part of why any government is able to function at all.

The United States is no exception to this. Anything you do that interacts with the government has a record. Paid or didn’t pay your taxes? The IRS puts that in your tax record. Joined the military? That’s on your military record. Renewed your driver’s license? The DMV definitely took record of that. Went to court? That’s on your court record. In that court case, you were convicted of a crime? Well, believe it or not, that goes on your criminal record.

Now, it may come as a surprise what an arrest record is at this point, but it’s a record of all of the times that you’ve been arrested. Whether or not you go to court or you’re convicted of a crime, the arrest will be added to your arrest record. It’s the standard operating procedure, and every law enforcement officer in the United States is well aware of it.

It doesn’t even matter why you were arrested. You could have been picked up for suspicious behavior, and it would still appear on your arrest record. That being said, it doesn’t really indicate anything about you as a person if you were arrested. Just because there’s a record of you being arrested doesn’t necessarily mean that your life is ruined.

The Effects of Having an Arrest Record

If you’ve been arrested, there’s a good chance that you worry about how that could affect your life. There are a lot of records that can affect your life negatively, so it’s entirely a justified fear. For example, having a felony on your criminal record can bar you from voting, owning a gun, as well as many job positions.

Arrest records, on the other hand, don’t have quite as big of an impact. Your rights won’t be taken away just because you were arrested, so you’ll still be able to vote and own any guns that your state allows. As far as how it can affect your potential future job hunts, it’s not quite as black and white. Most states have a law making it illegal to deny someone a job based on any arrests they may have on their record, but not every state.

In general, an arrest won’t affect your odds of getting a job even in a state that allows candidates to be denied based on arrests. In the vast majority of cases, employers don’t really care about that unless you were arrested for something that would make you a bad fit for the position or if your arrest indicates that you would be a liability.

For example, let’s say one night you had a few too many brews with your friends and got behind the wheel. While you were driving, you got pulled over. You know that you don’t have to do any of the sobriety tests, and you fear you’ll get a DUI if you do, so you refuse. After that, they arrest you and take you in for a blood test with a warrant. The blood test indicates that you had a few drinks that evening, but because of the time elapsed, it’s well below the legal limit.

In this example, you might have a harder time finding a driving job simply because you have an arrest on your record for a DUI.  You weren’t convicted, and you didn’t have your license revoked, but you were arrested because the police believed you had been drinking and driving. Someone who does the hiring at a driving business might take a look at that and decide that it’s too great a risk to hire you.

Fortunately, that won’t be the case in most states, but it is something to be aware of just in case you live in a state where it’s ok for employers to deny someone based on arrest records. As long as you make sure to look for jobs that wouldn’t conflict with your arrest, you should be fine generally.

Can Arrest Records be Expunged?

If you do live in a state where you can be denied a job based on being arrested, and you happen to want a job in a field that would probably deny you based on a specific arrest, you’re probably wondering how you might go about getting the arrest off your record. After all, that could be the only thing keeping you from getting the job that you want.

Unfortunately, unlike criminal records, arrest records can’t be expunged. Once you’re arrested, it’s on your record for the rest of your life. Some states have workarounds that are incredibly complicated, so you’d probably need a lawyer to make sure it was done correctly.

Fortunately, this isn’t something you need to worry about in the vast majority of states. A quick fix you could use if you really want a job in a field that would deny you based on an arrest would be to simply move out of state to one of the many states that don’t allow employers to deny someone based on their arrest record.

Moving to a whole different state might seem like a big and dramatic solution to this problem, but it may be your own form of recourse. Before moving, make sure you do lots of research about the laws they have on their books. There are 50 states, which means there are 50 sets of state laws. Some of those laws may benefit you more than others, so it’s definitely worth doing your research before you decide on where you want to move. New beginnings can be fun, and this new beginning can help you find your dream job.

How Exactly Do Records Help the Government?

After reading the earlier parts of this article, you may be wondering why and how exactly record-keeping helps our government keep things running smoothly. It’s a lot of effort, so there has to be some specific way that it actually keeps things working the way they were intended to work.

The most simple way to answer this question is to look at how the government operates in the first place. Our entire government is made up of checks and balances as well as more departments than one could easily list in a timely fashion. Everything from boats to bicycles are regulated on some level for some reason.

For instance, cargo ships need to have a manifest that states everything that’s on the ship. That manifest is then recorded by the Bureau of Customs and Border Protection, or customs for short. That record may also be shared with the Internal Revenue Service, or IRS, on behalf of the shipping company.

Let’s say that something illegal was shipped in through a cargo ship and law enforcement needed to trace it back to its origin. They would then access the records that were kept by customs to see where the ship came from, which company owned it, who the captain was, etc.

That’s just one example, and there are many others. Really, the records are needed in case someone needs to go back and look to see exactly what happened at any point in time. That’s why most records are so detailed and also why there are so many types of records.

Making Sure You Know

There are a lot of things to know, both in life in general and in the United States legal system. Fortunately, there are many resources that can help you better understand all sorts of things, and the internet has only made getting this information easier over the years. Hopefully, after reading this article, you can take a breath of relief knowing that your arrest likely won’t impact your life at all.